Is the Pen mightier than the Keyboard? 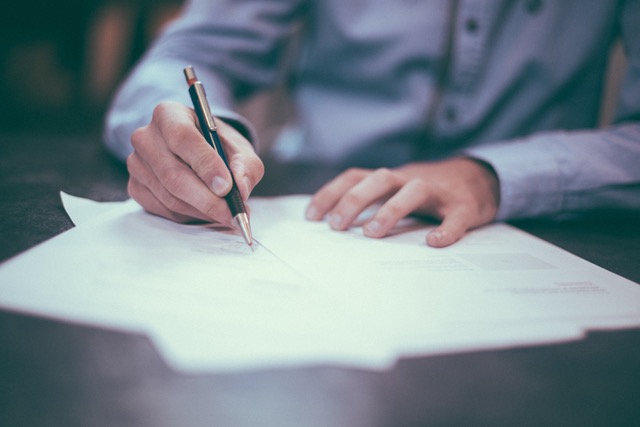 A step to better performance

There never seems to be enough time in a day. Wouldn’t it be great if you could increase your creativity, solve problems faster, and learn more quickly? You’d be unstoppable! Thankfully, research says it could all be possible with one slight change… writing by hand.

Ok, maybe writing by hand won’t make you a superhuman problem solver. But the simple act of handwriting may have a major impact on your daily productivity. But how can this be, as most people believe handwriting is an antiquated skill that’s slowly becoming extinct. How can taking notes by hand be better than on a computer? Typing is much faster, and pretty much more efficient in every way.

To write or to type

People take notes, write emails, and create presentations and reports everyday – and it’s pretty obvious that typing (the digital kind, not the typewriter kind) is winning the writing war. From tablets and smartphones, to laptops and desktops, most people in business today type the majority of their words. (Such as how I’m writing this article.) And for good reason – it’s faster, more shareable, and there are no limits to storage or edits. Take speed for example. The typical typing speed is around 30-40 words per minute (WPM) for your average typist. Compare that to around 13-20 WPM for handwriting. Typing is around twice as fast.

Another benefit is that digital writing is more shareable. Need to copy those notes into a presentation or send them off to a colleague? Not a problem. Just hit Ctrl-C. If you want to share your paper notes, you can either type them up anyway or use the printer to make copies – ensuring that everyone has a chance to suffer through your scratch marks and ponder at their true meaning. Even with just these two benefits, tt’s clear why computers are often more prevalent in conference rooms than paper.

If typing is the go-to choice for writing in business, how is handwriting helpful? It’s slower and less efficient. The answer is – it’s better for our brains. In fact, research says handwriting is helpful for three primary reasons – it increases knowledge retention, creativity, and problem-solving.

It’s all in your head

Why is this? Primarily, researchers believe it’s because taking notes by hand helps encode the information more deeply in the brain. If you have to hear it, understand it, and write it down in your own personal summary, it has more chance to “catch” than if you just take verbatim notes. Basically, handwriting forces you to think more. As you can’t get all the notes down fast enough, your brain works harder in the moment to gather what is important and record those items. Additionally, researchers have found that notes taken by hand are easier to learn from. For one, they are more organized and leave out filler information and less relevant facts. But even more importantly, they are already in a form your own mind knows, as you have already translated them once – making them easier to understand.

However, this could all be chalked up to taking good notes. One might think that if the computer typist just slowed down and thought about the notes before typing them out, they would get the same benefit. However, research says otherwise. Findings show that physically forming letters with your hand does something in the brain. Using MRI scans to measure brain activity, researchers have found that during the course of writing letters and words, the brain activates large regions that are involved with thinking, language, and memory. Typing notes by hand didn’t seem to have the same impact on the brain or light up these same areas.

These findings have more implications which are especially useful in business. The more parts of your brain you use (as you do when writing by hand) the more likely you are to solve problems and be more creative. Sadly, research is less prevalent into creativity and problem solving as they are more abstract and hard to reliably measure. However, logically, it could be believed that using the thinking and memory areas of the brain may be helpful in solving problems. If you have more brain power working on a problem, you would likely have a better chance of coming up with a solution to the problem. Similarly, creativity may be increased by tying the thinking and memory areas of the brain together. Essentially, handwriting may serve as a channel to help you take what you already know and apply it to what you’re working on right now – giving you a creativity boost.

Does this mean that it’s time to throw out the keyboard and bring back the parchment and quill? No, that just wouldn’t work today. But we can use the best of both worlds. Use typing when speed and sharing are of peak importance, and save handwriting for when you are completing more creative tasks.

For example, most of the time the writing we do on a day to day basis doesn’t involve a lot of complex thought – or the complex thinking part is already done. Sending an email to a colleague, or adding content to that presentation doesn’t take all your creative juices. However, creating the outline for the presentation, or brainstorming the answer to your colleague’s question takes more thought. It may be more efficient to start the process on paper – make some notes and think it out in writing, and then, once you know what to write, type it out.

Further, if you’re at a class and are taking notes – write them down by hand. You’ll remember more and get more value from your class. Even better, after the class, type out your notes to save them electronically. You’ll increase your long-term retention of the subject even more when you process it a second time. This will help you to better understand and apply what you’ve learned.

Finally, this handwriting principle goes beyond just writing for yourself. It applies to meetings as well. Simply put – buy a flip chart (or a whiteboard). Many meetings are run by either taking notes on a computer, or no notes at all. If the meeting is trying to get people’s minds to come together (as all meetings should) it’s essential to write out the key points and group observations by hand. For one, this helps everyone to physically see them better. Second, this allows more time for the group to mentally process the information as the notes are written out by hand. This helps any individuals still on another thought to keep up and give them time to add it in. You’ll find you will get more, and better, ideas if you conduct your meetings with handwritten notes versus on a computer. Think this will just add more time to a meeting? Yes, it will – but it will also help you get more value out of that time.

Writing by hand may not completely change your life – but it’s a simple improvement that can make a difference. Give it a try – and let us know how it goes. The only thing you have to lose are a few pieces of paper.